Home » Commercial » Life and Work: 4 Ways to Strike a Balance
× Share this Article

Conduent Global Head of Commercial Healthcare Sheila Curr joined Nischala Murthy Kaushik, CMO at HFS Research, for an episode of the Shero Diaries podcast to share some perspectives on leadership she has developed and honed throughout her career.

Sheila has enjoyed an expansive career in the healthcare services and technology industries. She can trace her career success back to several major inflection points, such as starting her own consulting firm and joining a Business Process Outsourcing firm in India as the only American woman. However, it’s her recent experience helping to alleviate the concerns of anxious moms on her team struggling with childcare during the pandemic that most sticks out.

For Sheila, COVID-19 has been an important reminder that humility is both a skill that needs constant exercise, as well as a key asset to earning respect. It best embodies one of her top leadership tenets: be humble and empathetic.

Curr said leading with empathy and building a network of support helped her excel in leadership roles and learn to embrace risks, which ultimately further propelled her career and expertise.

“I would suggest anyone and everyone do this at one point of their career — be independently employed by yourself. You're making the decisions, but you’re also taking the risk of whether or not you can put food on the table and pay for your mortgage,” she said. “It was a great learning lesson.”

Sheila adds that taking risks is inherent to her personality, but it’s also a skill she’s honed as a leader. Treating her career as a lifelong journey, rather than a destination, helped her recognize opportunity, brave risks and subsequently advance in leadership roles.

But she knows that leadership demands have never been a cakewalk for many women, and the pandemic has only exacerbated the glass ceiling and other career barriers. She encourages businesses to promote diverse leadership and pivot to meet needs of a diverse workforce, such as offering off-hour schedules and flexibility for remote work and meetings.

In addition to advancing workplace support, she advises that women leaders must be able to sit in a room with diverse voices and promote a point of view. She encourages women to make their voices bigger, not smaller. “I see so many strong, intelligent women, both internally and with clients, lower their voice and not put their voice on the table,” she said. Sheila constantly coaches women on her team, reminding them that they’re in their position for a reason and to not be hesitant to speak up.

Sheila also shares a few ways young people, and women in particular, can strike a balance between work and life, and still advance their career:

Listen to the podcast now.

As the Global Head of Commercial Healthcare, Sheila Curr is responsible for client management and growth across our Payer, Provider, and Pharma/Life Sciences clients. Sheila is a seasoned and strategic healthcare executive with a strong track record of success driving sales, growth, and partnerships in the healthcare space. Her areas of expertise include healthcare, technology, OEM, and retail with an emphasis on building business solutions based on clients’ requirements while delivering consistent revenue and ROI. Sheila joined Conduent from TTEC, where she was the Global Vice President of Healthcare, growing that business by 58% in one year and extending market reach for the company.

Successful subrogation means a refund for healthcare payers and their members. Learn about the latest indus... 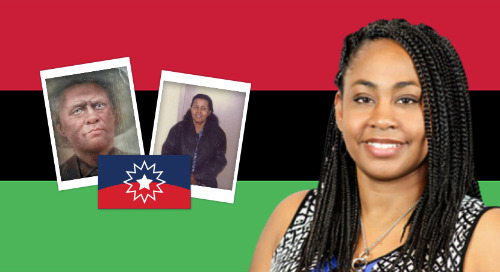