Home » Conduent Blog » Geography Matters: How to Build City Mobility One Continent at a Time
× Share this Article

Geography Matters: How to Build City Mobility One Continent at a Time

Ignore the Anomalies and Providers will Build Mobility by Numbers, Pleasing Few and Changing Little

BlaBlaCar wasn’t always known as BlaBlaCar. When Frédéric Mazzella, Nicholas Bruson and Francis Nappez launched the service in their native France over a decade ago, it was called Covoiturage. For the non-French speakers among you, covoirturage translates as carpooling. Its mission statement was simple: “Connecting people who need to travel with drivers who have empty seats.” Here was an idea that had the potential to reduce aggregate fuel costs, streamline traffic flows and lower CO2  emissions by increasing average car occupancy.

Today the service boasts 80 million members across 22 countries – and it suggests that 1.6 million tonnes of CO2 were saved by BlaBlaCar carpoolers in 2018, thanks to the relative efficiency of filled cars versus alternative modes of transport. BlaBlaCar claims an average occupancy of 3.9 people compared to 1.9 otherwise.

BlaBlaCar is an exemplar of the sharing economy. It is an exemplar of mobility, too. And it is, crucially, a characteristically European creation. Europe, home to 44 countries, is the third largest continent by population but only sixth largest by size. Its land mass is comparable with that of the United States and China, and dwarfed by that of Russia. Where cities on other continents are invariably spread far and wide, distances from one European city to another are manageable. Moreover, many Europeans are accustomed to travelling relatively long distances by car.

Europe, if we didn’t know it already, is different. Its cities are different – size, population, commuting patterns, the commercial / residential building mix, ageing infrastructure, and layout which often dates back to the pre-automotive age. Those looking to turn mobility theory into successful reality need to be cognisant of these differences and these anomalies.

A fascinating interview with Daizong Liu, director of China at the World Resources Institute Ross Center, helps illustrate some of the similarities and differences from continent to continent. “China has limited land,” says Liu, perhaps surprisingly for those who have opened an atlas recently. He is, of course, talking about the urbanisation process and the fact that many first-tier cities are experiencing growth saturation. High population is driving the need for an urban planning overhaul. Planners ought to be seeking ways to reduce the need for roads and car parks, and optimise land use for residential housing and green spaces. Progress is proving slow, however; resistance to change is frustratingly high.

“China is facing the challenge of large population base relative to limited land, hence it still has plenty to learn from Europe regarding transportation planning.” Lui offered three lessons it needed to heed. First it needs to change the transport planning mindset from car-oriented to transit-oriented travel. Second it needs to improve the public transport experience, preventing subways from becoming wind tunnels and implementing anti-flood procedures perfected in the Netherlands. Third, said Lui, it must “adopt more human-centred designs, both to encourage public transportation ridership as well as to make cities a more liveable space.”

Three years ago, Chinese authorities began test driving an elevated bus, an enormous, multi-carriage vehicle designed to straddle stationary cars in busy cities. It was trialled, much to the internet’s fascination, in the north eastern city of Qinhuangdao. An extreme example, perhaps, but it illustrates a point. How would this hulking piece of machinery cope along the busy, narrow and winding streets of London, Rome or Paris? Simple answer: it wouldn’t. In the event, the elevated bus may not prove to be the perfect solution in China, either, but the theory made some sense, at least. Location matters. Infrastructure matters. Legacy matters.

Meanwhile, the United States shares a number of similarities with Europe, not least that the mobility puzzle is likely to be solved by a range of private providers supported by local authorities, rather than China’s more interventionist approach. Yet, differences exist here, too.

Arguably, congestion is even more of a problem in parts of the U.S. than it is in Europe. One study put the cost of congestion at 97 hours a year – or the equivalent of $1,348 each in potential loss of earnings. But what is also true is that between congested cities such as Boston, Washington DC, Chicago and New York there are wide open spaces.

While a lot of issues overlap – flow, pollution, emissions, liveability and seamless experiences to name but five – it remains true that mobility solutions will need to cater for the specific needs of the continent and the cities to which they are applied. Ignore the legacy – cultural and behavioural – as well as the idiosyncrasies of the underlying infrastructure, and providers will end up building mobility by numbers, pleasing few and changing little. Europe’s great and good gathering at Autonomy & The Urban Mobility Summit to exchange insights, experience and best practice should take note.

Jean-Marie Vial is Conduent's Automotive Senior Expert and will be attending Autonomy & The Urban Mobility Summit on 16-17 October in Paris. To connect with Jean-Marie and his colleagues at the event, email: jean-marie.vial@conduent.com 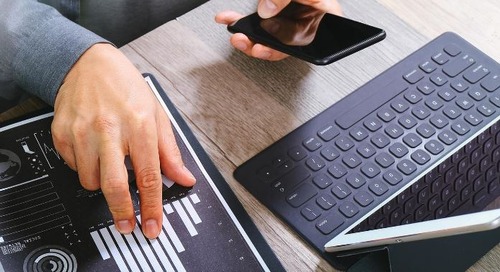 Accounts payable (AP) is often considered the least complex of the activities carried out within the financ... 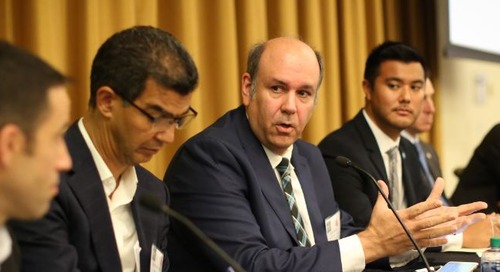 Inadequate transportation infrastructure is not only an issue that affects New York, but every municipality...