On June 7, 2018, Governor Ralph Northam of Virginia signed into law a bill that expands Medicaid coverage to 400,000 low-income adults in his state. In doing so, Virginia joined 32 other states that have adopted Medicaid expansion.

The Virginia legislature has debated Medicaid expansion for the last five years. What helped garner enough votes from Republican legislators to finally ensure its passage is a lesser-known element that requires the Medicaid agency to apply for a waiver to provide health plans with deductible accounts for a portion of the expansion population.

Deductible accounts are very similar to Health Savings Accounts (HSAs). They combine a high-deductible health plan with a savings account the member uses to meet their deductible. Members are rewarded for using their accounts wisely through rollover policies that allow unused balances to carry over to the next year or reduce required premium payments. When they eventually leave the program, they’re allowed to take a portion of the balances with them.

Accounts like this empower Medicaid members to be consumers, shopping for health care services based on cost and quality and asking their healthcare providers if a service or test is really necessary. This type of consumerism is a new concept in Medicaid, a program that has historically paid for every service or visit at taxpayer expense and asked nothing of recipients in return.

To encourage health and wellness, preventive services are provided without charging the member’s account. This ensures the member doesn’t forego important check-ups and immunizations.

Another feature of such consumer-driven Medicaid programs has been a requirement that members contribute financially to their coverage, proportionate to their income. Member contributions are deposited into their deductible accounts and help to offset program costs. Results from Indiana, the first state to adopt such a model in 2008, show promising results. The combination of making financial contribution toward health coverage and the potential to earn incentives for managing their accounts wisely seems to help Medicaid beneficiaries become more invested in their health coverage and engaged in improving their health. This model reduced program costs in Indiana by six percent. By now 1.51 million Medicaid (expansion) beneficiaries in the U.S. are now served under this model of health benefit coverage.

Consumer-driven Medicaid program design gives Medicaid recipients experience with using HSA plans similar to those offered by employers. This appeals to those who believe Medicaid coverage for working-age adults should be a bridge to employment and private coverage. More than 22 million Americans had a Health Savings Account as of January 2018, according to the Devenir HSA Market Report. The number of people with HSAs has been growing every year since they were authorized by Congress in 2003; they are now a common option in employer health benefits.

The type of consumerism this model asks Medicaid members to exhibit requires a significant amount of consumer education. Although in Indiana we saw good results with “skin in the game” payment requirements and HSA-like accounts influencing health behaviors positively, we also know from survey results that many members didn’t understand how to use their accounts or the incentives built into the program to use their account dollars wisely. For example, fewer than half of program enrollees knew they had an account. States that pursue this path would be wise to invest in the services of vendors that understand HSA account administration and have experience counselling account holders on all the features and benefits of using their accounts efficiently. This type of consumerism in the purchase of health services only works if the consumer understands the incentives built into the program. Conduent, through their BenefitWallet solution, is an example of a company that provides national HSA account administration that could do this work for state Medicaid agencies.

So far, Medicaid consumer-driven health account programs currently exist in Indiana, Michigan and Kentucky, and have been authorized but not yet implemented in Arizona and Virginia. While consumer-driven Medicaid programs could be attractive nationwide, they are particularly appealing to policymakers in conservative “red states” because they reinforce principles of personal responsibility, accountability, and consumerism. By their nature, these programs are best suited for non-disabled working-age adults covered by the Affordable Care Act’s Medicaid expansion.

Because of these factors, expect the remaining 17 mostly conservative states who have not expanded Medicaid to take a serious look at using consumer-driven healthcare elements to expand Medicaid in a non-traditional way over the next few years. They will share a goal in common—to adopt a model of coverage that engages Medicaid members in achieving better outcomes than traditional Medicaid and at a lower cost to taxpayers.

Joe Moser is a principal in the Indianapolis office of Health Management Associates, a national health care consulting firm, and was previously the Medicaid Director in Indiana.

Joe Moser is a principal in the Indianapolis office of Health Management Associates, a national health care consulting firm, and was previously the Medicaid Director in Indiana. 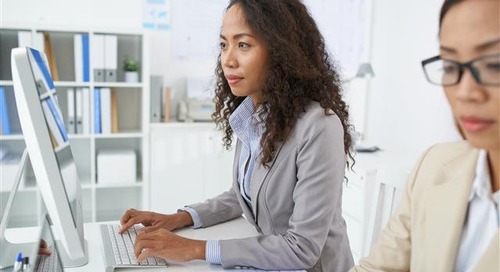 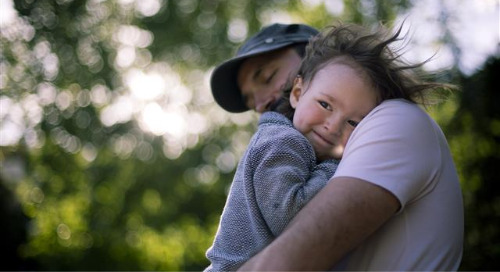 Celebrating Dads Who Make a Difference on Father's Day

Father’s Day is celebrated one day a year, but fathers have an impact on their children every day.